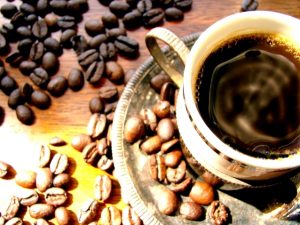 Santos Brazilian coffee is a blend of coffee that is harvested in Brazil, as its name suggests. It has a mild, earthy aftertaste that the consumer enjoys, after its sweet and light main taste.

Santos coffee has a large market in South America, but has gradually become a favorite in most North American states, such as Seattle.

Coffee Bean Direct is the company behind Café Santos. This company deals with the whole process of making the coffee, from field to consumer.

Andrew Esserman is the founder and CEO of Coffee Bean Direct. Although he is a marketing major, he decided to venture into the coffee business, after realizing that there is a deficit in quality coffee.

He realized that most coffee shops supplied old and flavorless coffee, so he decided to bridge the gap. He did this by trying to shorten, as much as possible, the time between coffee roasting and consumption. He believed the fresher the coffee, the tastier it would be.

Coffee Bean Direct started out in 2004, in Stockton, New Jersey. Esserman used the internet to his advantage by reaching out to potential customers directly.

Unlike most companies who decide to use retailers, Esserman thought it best to look for a market immediately after the coffee was packed.

Coffee Bean Direct deals with three main products, i.e. coffee, tea, and green coffee. Café Santos is just one of the many brands that the company owns, produces, and supplies.

The company is popular because of its innovative brand flavors, including Sinful Delight, Seville Orange, and Raspberry.

Café Santos, like all other coffee brands under the company, is supplied in two forms: grounded powder or whole beans, depending on customer preference.

It should be noted that the difference with Coffee Bean Direct is that the products are only blended and packed when an order is made. This way, no flavors are lost, and no brands are kept waiting on shelves.

Café Santos qualifies as high quality coffee, thanks to the efficiency in its production process. Coffee Bean Direct has solved one of the major problems that most coffee consumers face, by ensuring the maintenance of coffee flavors, as much as possible.