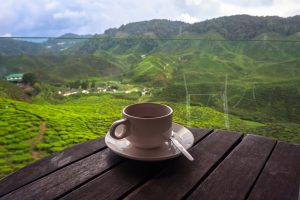 In Portland, Oregon, there exists a coffee shop and cafe with a rich Brazilian heritage. That coffee shop is known as Nossa Familia, and its history dates back to the 1890’s, where a family of coffee bean farmers has had success in Brazil for more than a century. SCH: Changing the coffee game was just published; have a read once done reading about Nossa Familia Coffee!

Meet the Owner from Brazil

The founder of Nossa is Augusto Carneiro, who moved to Portland in college, but eventually opted to jump into the family trade instead of pursuing a career with his engineering major. Lo and behold, Nossa Familia was born in 2004, and with a logical title. The name translates to “our family,” which accurately suits Nossa’s origins.

From Selling His Family Beans to Opening His Own Shop

Initially, Augusto did not establish his own cafe, but rather procured his Brazilian family’s products and sold them to other businesses.  By 2012, Nossa had opened its own shop, and these days that has expanded to a total of four. At these cafes, Nossa sells coffee, tea, and baked goods. Pastries and bagels are provided by local Portland businesses, Gabriel’s and Bowery Bagels.

The teas come as chai and matcha lattes, London fogs, and an assortment from Metolius Artisan Teas. The coffee comes in standard espresso-based forms, such as mochas, macchiatos, lattes, and more. Of course, there are specialty drinks that provide a Brazilian flair, true to Nossa’s heritage.

Some of these include the Mocha Fogo, or “fire mocha,” made with cardamom, cinnamon, and cayenne, and the Cafezinho, which is a small and sweet, Brazilian version of an americano.

Much of Nossa’s beans come from the family farm in Brazil, but supply and demand over the years has led to the partnership with many other suppliers. Perhaps the most important aspect about Nossa Familia, is that they are utmost committed to sustainability. Nossa suggests that many coffee shops lackadaisically use “sustainable” as a buzz word, but it is very apparent that Nossa does no such thing.

Their operations are one hundred percent transparent and can be viewed on their website. Every single aspect of Nossa’s business is tailored to be the least harmful to the environment as can be, and as such, they were the first coffee roaster in Oregon to receive a B Corp certification, which demonstrates their dedication to sustainability.

Employees Encouraged to Bike to Work

Nossa only partners with sustainability focused businesses and strives to work with those that are local when possible. Sustainability doesn’t just have to do with the outside world to Nossa. Happy and well-trained employees hold a significant impact as well, and as such, they are treated in a fashion that is true to the name, and also encouraged to ride bike to work.

A combination of little improvements makes big changes in the long run, and even simply the packaging of Nossa’s beans come with lesser carbon footprints in mind. The most prominent way that Nossa lessens their carbon footprint is through the thing they do best: roast coffee beans.

Through the acquisition and use of Loring Smart Roast machines, Nossa creates eighty percent less emissions. Whether you want to taste coffee with a Brazilian flair or support a well-minded business and in turn the environment, you can visit any of their Portland cafes.