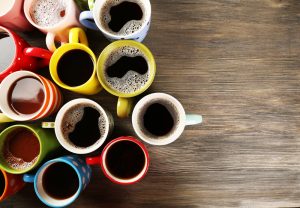 Pinwheel Coffee is an extraordinarily unique coffee shop and cafe, both in terms of how it is operated and what it supports. Located in Denver, Colorado, the idea that is Pinwheel Coffee found itself fully formed and ready to serve the public as of October 31st of 2017. To pair your coffee, try it with coffee candy!

It is a staple of the Sunnyside neighborhood, though not just due to the frequent visits by the area’s residents, but rather because almost a mile away are the middle and high schools that own and operate it.

Providing the Best Hands On Education

The Montessori schools are innovative in that they put prominent focus on hands-on learning methods. The concept to form a coffee shop started as an inkling of an idea, but eventually gained the support of the local non-profit business that often works with the schools, Great Work Inc.

Cooperatively, they built the business that now provides hands-on education for students, and funds school programs.

The Kids are Learning Accounting, Interior Design and Marketing

Great Work Inc. handled the architecture of the building, but the students are placed in charge of the majority beyond that. Operating a coffee shop educates students in things beyond brewing quality cups of coffee, as they intertwine themselves in the shop’s accounting, interior design, and marketing.

The name and symbol of Pinwheel were created by the students and represent the inclusivity that is at the heart of the schools, as they boast a wide cultural demographic.

Created in the colors of a rainbow, Pinwheel’s progressive-oriented pinwheels are strewn across the entire back wall of the store, spinning as customers enter.

The students worked with different businesses to gather the store’s furnishings, such as the light-wooden tables, cushioned chairs that sit along the front window-wall, and cozy couches.

Furthermore, the students craft the goods that are sold in store, including soap, lotions, picture frames, bookmarks, postcards, and of course, the beverages.

This is a coffee mixed with nutmeg, cinnamon, coconut oil, and butter. It is a rich drink, and Pinwheel serves similar but different beverages during different seasons.

The non-coffee they serve consists of apple cider, tea, chai, kombucha, and a variety of pastries provided by Sugar Bakeshop, completing the roster of standard coffee shop attributes.

See the Students Hard at Work Between 9-11am

They Employ Former Students Too

As a full-fledged business, it is not possible to sustain itself with only two hours of operation. Therefore, during the remaining hours, Pinwheel employs full-time baristas, much of whom are former students themselves.

Pinwheel Coffee and the Montessori schools are in the coffee business and the practice of teaching student’s real world skills. The fact that former students are now employed there are proof that the teachings are creating practical skillsets that benefit the students well into their lives after graduating.

You can test out the products of the students’ schooling, or donate to the program.  This is the kind of schooling that should be happening all over the US. Teaching kids real work skills is essential to know before graduating.