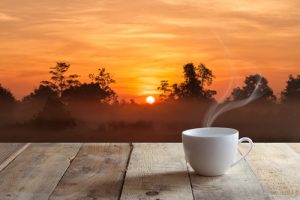 Consider yourself a “coffee addict”? You’re not alone! Over one billion people worldwide drink coffee every day! But how much do you really know about coffee? Do you know which country produces the most coffee or how it was even founded in the first place?

Well, Jiale Coffee has you covered. Find out the answers to these questions and read some other coffee facts you may not have known in the article below.

1. Coffee is Actually a Fruit

Even though coffee comes from a bean, it might surprise you to learn that it’s not a legume. It’s actually a fruit – a cherry, to be exact. Coffee beans are grown on the bush, and they’re not actually beans; they’re the seeds of a coffee cherry. Therefore, coffee is actually a stone fruit.

Would you like your coffee with cream? You might want to say yes if you like warm coffee. As it turns out, cream helps your coffee stay warm for 20% longer than it would otherwise. Who knew?

It’s not until after coffee beans are roasted that they actually turn brown. It’s the sugar in the beans that helps give them their brown flavor during the roasting process. Although you can buy coffee beans pre-roasted, you can also buy them green and try your hand at roasting them yourself.

4. The Most Expensive Coffee in the World Comes from Cat Poop

Kopi luwak, the world’s most expensive coffee, is derived from the poop of the wild Indonesian civet cat. The civet eats the coffee cherries and then excretes the beans in their feces. (Gross, we know).

The coffee, which is known for its uniquely bitter flavor, is sold for anywhere from between $100 and $600 per pound, with the average cup costing about $100. Kopi luwak has become a source of controversy. Humans have interfered and caged the civets, which they have treated poorly, in order to obtain more coffee – which they would pretend was gathered in the world.

5. Decaf Coffee is Linked to Coca-Cola

What’s the connection between decaffeinated coffee and Coca-Cola? Well, after the coffee beans undergo a chemical process to decaffeinate the coffee, the caffeine is then sold to Coca-Cola!

6. Coffee Was Discovered Thanks to Goats and Monks

There are a number of stories about where coffee originated from, but the most popular involves Kaldi, an Ethiopian goat herder who lived in the 1500s. Legend has it that Kaldi’s goats ate the coffee cherries, and he noticed that they had increased energy and didn’t sleep at night.

Kaldi shared this information with some monks, who made a drink out of the coffee beans. They found that they also had increased energy and were able to stay up later to pray. The monks shared their concoction with other monks, and the news of coffee’s energy-increasing abilities began to spread throughout the world.

7. Most of the World’s Coffee Comes from Brazil

This may not be too surprising, since Brazil has held the No. 1 spot for coffee production for the past 150 years. That said, the country is responsible for 1/3 of the world’s coffee production. In 2020, the country produced 3.5 million tons of coffee. Vietnam ranks at No. 2, as it produces 20% of the world’s coffee, and Colombia and Indonesia hold the third and fourth spots.

It might be surprising to learn that though it produces the most coffee out of any country in the world, Brazil only ranks at No. 10 for coffee consumption. So, what country does drink the most coffee?

8. The Country That Drinks the Most Coffee is Finland

Finland drinks the most coffee per capita. Coffee is drunk at nearly every meal in the country. And they’re not the only Scandinavian country that’s known to love its coffee. Norway and Sweden also rank high on the top coffee consumption lists.

9. Only Two States in the U.S. Grow Coffee

There are only two states in America that produce coffee. Do you know which ones? Hawaii and California! California only recently began growing. Thanks to its tropical conditions, Hawaii is an ideal state for growing, and it is the country’s largest coffee producer. But even so, the state’s production only accounts for 0.4% of the coffee produced throughout the world.

10. Drinking Coffee Has Been Linked to Longevity

Research has found that drinking three to four cups of coffee a day can help us live longer. It also helps reduce numerous health problems, including type 2 diabetes and heart disease.

12. Drinking Coffee Used to Be Punishable by Death

During the 17th Century Ottoman Empire, coffee was considered to be a narcotic that had mind-altering effects. Public consumption of coffee carried a death sentence.

13. Brazil Made it to the Olympics Thanks to Coffee

Back in 1932, Brazil couldn’t afford to send its 32 athletes to the Summer Olympics, which were being held in Los Angeles that year. So, they snuck their athletes onto a ship with 50,000 sacks of coffee, which they sold along the way to the United States.

14. The Webcam Came to be Thanks to Coffee

In 1991, researchers at the University of Cambridge in England were faced with a dilemma: how to keep their eye on the coffee machine to make sure it was probably brewing for their breaks. They ended up setting up a camera with live feed to keep an eye on it. A couple of years later, their camera went live on the internet, allowing people from around the world to watch their coffee machine. The show officially ended in 2001.

15. Americans Spend a Lot of Money on Coffee

Now that you know these fun and interesting coffee facts, why not go make yourself a cup o’ Joe? Enjoy!