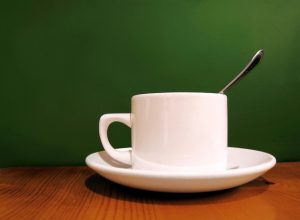 Café Pilao coffee is a Brazilian coffee brand that is owned by the Jacobs Douwe Egberts Company. It is especially popular for its very fine granules, and very specific taste. Some users have described it as a perfect combination of spicy and sweet. Others have gone as far as stating that it tastes half-medicinal, and half-chocolatey.

Either way, it is no secret that Café Pilao coffee is one of the best Coffee Brands from Brazil. Let’s find out more about this brand and the company behind it.

Jacobs Douwe Egberts is a Dutch company that owns and runs a list of beverage brands, across the world. These beverages are mainly coffee and tea. Tobacco is also one of the products that the company owns. However, two other shareholders further own the company. They include Acorn Holdings and Mondelez International.

The Cafe Pilao coffee company started out as a grocery shop in the mid-1700’s, before it ventured into coffee, tea and tobacco. Initially, Egbert Douwe owned it, but passed it down to his eldest son, who named it Douwe Egberts.

Before the 1920’s, the company was mainly based in the Netherlands. However, the 20th century saw its expansion into a larger part of Europe. Some of the first regions for the expansion to take place included Belgium, France, and Spain.

In late 1960’s, JDE began buying coffee and tea manufacturing companies, such as Kanis and Gunnink, and Horniman’s Tea. With these new acquisitions, it was able to source out for tea and coffee from all over the world, including Brazil, in the case of Café Pilao.

Since then, Jacobs Douwe Egberts has formed and broken corporate partnerships with many companies, including Consolidated Foods Corporation, which then became the Sara Lee Corporation.

However, as of 2015, the Douwe Egberts Company is only affiliated with Mondelez International, which is an American food company. Some of the other brands that are under the company include Bravo, Kenco, and Super Coffee, among others.

Café Pilao coffee is a rich and widely celebrated Brazilian coffee brand, whose history is just as strong. Although harvesting, processing, and packaging happens in Brazil, it is a European company that owns it.