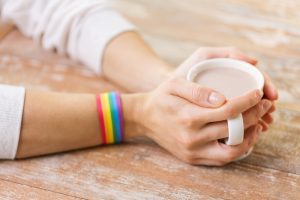 Lestat’s Coffee House is a cafe located in San Diego. Its first location in the neighborhood of Normal Heights established its atmospheric store as early as 1997 and has been a mainstay ever since.

The Decor is Old Fashion and Unique

It features a design that was inspired by the novel “Interview with a Vampire” by Anne Rice, and was correspondingly modeled in the fashion of the French Quarter in New Orleans.

The atmosphere sets Lestat’s apart from most other coffee shops, but the environment is not the only thing that is dark. Their specialty is in coffee after all.

Their menu features a variety of beverages, in categories such as their signature drinks, gourmet drinks, cold and frozen drinks, and fruit smoothies. The cold drinks menu features drinks such as cold brewed coffee, to which many flavors can be chosen from and added to.

Gourmet drinks include coffee shop standards like cappuccinos and espresso lattes, as well as more adventurous options such as the Espresso Mocha De Mexico.  Where Lestat’s adventurous side is truly apparent, however, is in their signature drinks.

Try Something Funky or a Non Coffee Related

They combine flavors that are combined into coffee and more. A prime example with coffee is the Funky Monkey, which includes flavors of coconut, banana, and white chocolate.  One example where coffee is absent is the Caramel Apple, which is apple juice and caramel, served either hot or cold.

Beyond coffee, Lestat’s Coffee House offers food that is prime for either brunch or lunch, with such items as deli and breakfast sandwiches, bagels, quiche, and various soups and salads.

The food items that are most plentiful at Lestat’s are a staple in coffee shops, and that is their signature baked goods, ranging from cupcakes, to cookies, and scotcheroos.

A Great Place for Vampires or Other Creatures of the Night

It does not matter if you visit Lestat’s at any particular time of day however, as each of their locations are proudly open for twenty-four hours, never closing, even for holidays.

Certainly, with a coffee in hand, it isn’t hard to stay awake at any time of day or night, but there is extra help in many afternoons and evenings at Lestat’s, and this is in the form of the live music and artistic events that host.

Lestat’s is equipped with a full-fledged stage and is suited for more than the average open mic night, although they certainly have those too.  Whether you are there for music or coffee, another addition they strive to add to their atmosphere is that of good and down to earth customer service.