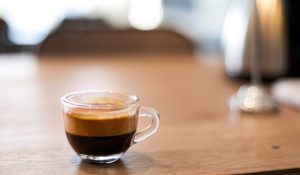 Coffee is undoubtedly one of the most popular drinks across the globe. There are various types of coffees, with nitro being one of the most sought after. Nitro iced coffee enjoys massive popularity, courtesy of its distinctive taste and unique style of production.

Just like its name suggests, Nitro coffee is a drink that derives its unique characteristics from the fact that nitrogen has been infused into the drink. On this post, you will learn about every aspect of nitro coffee, from how it’s made to where you can purchase some.

What Is Nitro Coffee?

If you want to know what is nitro coffee, or what is nitro brew coffee, you’re definitely in the right spot: introduced a few years ago, this iced coffee is a form of draft coffee that comes straight from the tap of a draft system. Nitro cold brew coffee is infused with nitrogen, to provide it with a smooth taste, and gives it a similar look to that of a Guinness beer.

Nitro coffee is an emerging trend that has had a huge impact on the coffee industry. As a matter of fact, most offices and coffee shops are adopting this new trend, with most installing draft systems to enable them to serve this unique drink.

Nitro coffee has proven to be unique, since it does not adopt carbon dioxide like other types of coffees. The trick with this drink is the fact that it uses nitrogen, which does not dissolve in liquids, thus the amount of froth at the top.

Instead of having lots of bubbles, Nitro brew coffee becomes creamy and thick. It also possesses significant health benefits that cannot be found in other types of coffees.

How Is Nitro Brew Coffee Prepared? 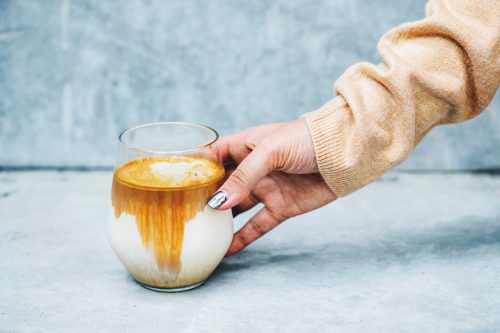 The process of making Nitro coffee is quite interesting. This process involves releasing cold brewed coffee through a pressurized valve that has small holes.

Once the iced coffee has been infused with nitrogen, it is released via the pressurized valve, whereby the high pressure forces the coffee to pass through a disc, to make it creamy and stout-like.

Courtesy of its preparation process, Nitro coffee has a low acidity level, which is ideal for sustaining sound health. Before the coffee is served, it first has to undergo a very unique brewing process.

Most coffees are brewed under very high temperatures, whereby hot water is added throughout the brewing process. The hot temperatures will extract the acid in the coffee beans, oils, and caffeine.

However, when it comes to nitro coffee, the brewing process is totally different. It is conducted under very low temperatures.

This means that the chances of acidity levels increasing are very minimal, thus reducing the chances of the bitter taste that is common among other types of coffees.

With the low acidity, coffee lovers now have an opportunity to enjoy a relaxed drink that is easy on the taste buds, and the stomach.

Because of the preparation process, Nitro coffee has a distinctive taste that cannot be matched by any other type of coffee drink.

Nitro coffee is exceptionally smooth and clean. By simply seeing the coffee being served from the draft system, you will certainly be tempted to sample this coffee.

As it passes your lips, the silky feeling in your mouth will sweep you off your feet. The silky feel can mainly be attributed to the fact that nitrogen does not dissolve in liquids, unlike coffees made with carbon dioxide.

For that reason, the bubbles in the nitrogen-infused beverage are much smaller, making the drink more foamy instead of bubbly, with a more smooth taste. This is what makes it look more like a beer than a coffee.

Nitro cold brew coffee is arguably the sweetest coffee. This is mainly due to its low acid levels that reduce the bitterness that is largely associated with regular coffee.

How Is Nitro Coffee Served?

Nitro coffees avoid the addition of dairy products, which may alter their taste. However, flavors can be added to the coffee to suit the need of consumers with a sweet-tooth.

For instance, the taste of the nitro coffee can be enhanced using vanilla syrup, or sweet cream. Also, this drink can also be adopted in cocktails, since any flavor can comfortably suit it, compared to other coffees.

Normally, Nitro coffee has a stout-like look. It is usually cold, and does not use additions like steamed milk for a frothy texture.

Instead, nitrogen is used to introduce the frothy texture in the coffee. To enjoy your nitro coffee in the best way, it should be highly nitrogenated.

Most people avoid coffee because of its unhealthy aspects, which are attributed to the carbon dioxide used in most coffees. However, Nitro coffee provides the ultimate solution for anyone looking to stay healthy, and enjoy some amazing coffee.

By infusing the coffee with nitrogen, it will create a natural sweetness, due to its creamy nature. Nitro coffee requires zero addition of sugar.

This is mainly because the foam from the coffee will hit certain areas of the tongue to create a perception of sweetness, so you will not need to add sugar.

The fact that there is no additional sugar, and the low amount of calories found in this coffee are the key reasons why it is healthy. Nitro coffee is undoubtedly the sure way to enjoy low calorie black coffee that has great taste.

On the other hand, the caffeine content is high in Nitro coffee. Although it may not be best before going to bed, it is the ideal choice of drink to consume before heading out to work.

Also, the low acid level makes this coffee the perfect choice for people whose stomachs are sensitive, or those who suffer acid reflux, or heartburn.

How Does Nitro Cold Brew Coffee Compare To Other Coffees? 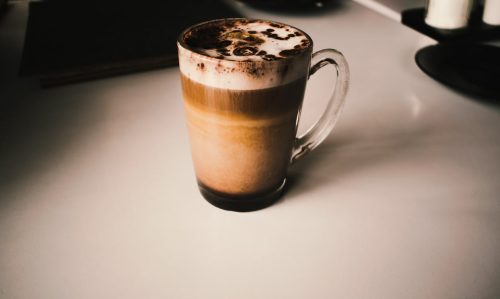 Nitro cold brew coffee has proven to be a game changer in the coffee industry. No other type of coffee can match the unique features that nitro has to offer.

The exceptional performance of this coffee can mainly be attributed to the brewing and serving process. The key differences that set Nitro coffee apart from other types of coffees is its low acidity, smooth taste, high caffeine level, and low amount of oils.

By drinking Nitro coffee, you will not only be enjoying a tasty drink, but you will also be safeguarding your health.

The amazing performance of Nitro coffee, compared to other types of coffee, can largely be attributed to its numerous health benefits and taste.

Nitro coffee has become a darling to many people, especially those who could not drink regular coffee because of the acidity levels.

This coffee is definitely a great choice for anyone looking to enjoy tasty coffee, without having to worry about the health repercussions.

As a growing trend in the coffee industry, Nitro coffee can prove to be expensive to make at home. This is mainly due to the unique brewing process, and the draft system that is required to serve the coffee.

Nitro cold brew coffee is not common in many coffee shops, as it requires the special draft systems to be installed. For that reason, the coffee is only available for sale online, or in specialty shops, or Starbucks.

Nitro coffee can be served straight from the tap, or from the can it’s sold in. The fact that it is not available in most places has led to its high prices.

The Growth Of Nitro Coffee

Iced coffee has been available for a long time. However, never before has iced coffee been nitrogenated and served from a tap or can.

In addition, the brewing process and health benefits cannot be matched by any other type of coffee. These factors have played a crucial role towards boosting the popularity of Nitro coffee.

As a matter of fact, many companies have started manufacturing canned Nitro coffee. The main aim of serving from a tap, or storing it in a can is to ensure that the nitrogen is not lost.

In addition, numerous boutiques and fitness centers have started stocking this coffee. This is courtesy of the health benefits and high energy levels associated with this coffee.

The coffee industry is currently experiencing a major shakeup where Nitro cold brew coffee is concerned. It is available in different flavors, and that will depend on where you purchase the coffee.

The health benefits and smooth taste are enough proof that this coffee drink will not disappoint you. Furthermore, the brewing process assures you that you will enjoy a drink that is pretty attractive, and has a rich taste.

With Nitro coffee, people who do not consume coffee can now enjoy a drink that poses no threat to their well being. On the other hand, coffee lovers can now enjoy something that guarantees value for their money.

On that note, if you were wondering which is the best coffee drink, be sure to try the Nitro brew. You won’t be disappointed!