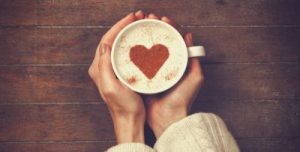 Rimsky-Korsakoffee House is one of Portland, Oregon’s oldest coffee shops. Owned and operated by Goody Cable, it entered the world of Portland’s now esteemed coffee industry as early as 1980. For Jiale Coffee’s most read recommendation guide, click the link.

Characteristically named after the classical Russian composer, Rimsky Korsakov, not only does the coffee shop keep classical music on constant rotation, but Goody Cable ran it as a classical music venue before switching business ventures.

These days, classical concerts are still held there, but mostly just on the weekends, with the priority now falling into its widely regarded coffee, desserts, and atmosphere.  Operated out of an old craftsman house built in the early 1900’s, you would have to know what you are looking for in order to find it.

Secretly Located Off the Beaten Path

It is covered in a faded maroon color, but even so, its far back placement and complete lack of signs and advertisement make it a find that takes effort and know-how. The rewards of finding it are well worth it though, as deduced by its multiple decades of success.

Every component of the cafe is wholly unique. Rimsky-Korsakoffee operates under unusual hours for a place that serves coffee. As set according to the owner’s preferences, it is only open from 7:00 p.m. to 12:00 a.m, with an extra hour added on Fridays and Saturdays.  The hours make sense for seeking gourmet desserts, however, and these are offered in droves.

Ice Cream Sundaes are their Specialty

There is an entire section of the menu dedicated to the many different ice cream sundaes, but there are also options such as chocolate pot de creme, mocha fudge cakes, frozen lemon mousse pies, chocolate raspberry fool, banana splits, and weekly specials that are always changing.

The coffee is practically a dessert itself too. Largely in rich, flavorful options, Rimsky’s serves a wealth of mochas in Mexican, cinnamon, orange, and normal varieties, as well as americanos, lattes, and espresso.

Rimsky-Korsakoffee House is a Cash Only Kind of Joint!

Customers leave Rimsky Korsakoffee’s with less cash than they went in with, as it is the only accepted form of payment, but sometimes they leave more than that behind. Despite the gourmet goods, the main draw to Rimsky-Korsakoffee’s is the environment. “Eccentric” would be an understatement.

Hanging from the ceiling are items that customers personally brought in and hung from string. Customers are encouraged to do so, and also to write in the journals placed throughout the cafe, and generally to be creative and conversational; not that the place is lacking creativity.

Rimsky Korsakoffee Place Could Be Haunted

Beyond the customer contributions, the cafe is scattered with stylish wallpapers and tables that are dedicated to separate classical composers.

Never mind the rumors that the house is haunted by its former residents, quirky items and paintings haunt well enough on their own, from the creepy dolls to the pair of feet that hang from the ceiling, made to look as if they are dangling from a dock.

The customer service is fit for the fun, often lively and conversational, despite the late hours. Rimsky-Korsakoffee House is a truly unique establishment. Its business is fueled by word-of-mouth and what it puts into peoples’ mouths. You’ll have to try when looking for it, but when you find it, you’ll know.