Costa Rica is a Central American nation that grows some of the best Costa Rican coffee beans in the world. This country not only grows and distributes coffee internationally, but it also has some of the best coffee brands on the planet.

One locally marketed coffee blend is known as Cafe Britt, who also has markets in Peru and Colombia, which are two other important coffee producing regions in South America.

Keep reading to discover the Café Britt Costa Rican coffee company, and the different coffee blends and products they provide to consumers locally, and around the world.

How Did Café Britt Get Its Start? 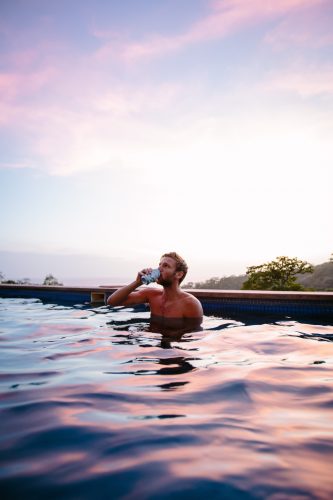 Café Britt has American origins. The company might be based in Costa Rica, but it was founded by an American businessman who saw an opportunity to produce a great product, and to sell it locally.

Steve Aronson brought the company into existence back in 1985. He honestly believed that the locals in Costa Rica should enjoy the coffee that they produced, instead of selling all of it overseas.

Since that time, Café Britt has started a trend that would promote gourmet coffee drinking throughout the nation. The coffee brand became a big hit throughout the world after it debuted.

The coffee itself wasn’t very popular in the U.S., where the market is dominated by other major brands, but it was well received in other Central and Southern American countries.

Some nations in Europe also jumped on board with this Costa Rican coffee company. The name “Britt” in Café Britt is derived from a Scandinavian region where this coffee blend is frequently consumed.

Café Britt expanded into many nations and regions during the 2000’s. The organization now has many open stores all over the nation, and throughout the Central American region.They are now one of the biggest companies in all of Costa Rica.

What Types Of Coffee And Chocolate Products Does Café Britt Sell?

There are many different blends of Café Britt that people can purchase. The light blend is smooth and easy on the pallet. Then there is the organically grown variety that has a natural and relaxing flavor.

Coffee lovers should also enjoy the dark and espresso blends. People who enjoy a good cup of Joe, without the caffeine, should try the decaffeinated blend.

There is also Tres Rios, Poas, and Tarrazu. These blends are unique coffee flavors, as well. Many of the Café Britt blends have a hint of fruit, nut, and/or chocolate.

They also have various chocolate covered nuts, such as cashews and Macadamia. Chocolate guava, pineapple, and passion fruit are also sold by this company. These are some of the many different chocolate blends sold by Café Britt.

The Other Great Services That Café Britt Provides

The Café Britt coffee tour has been a popular touring service since the early 90’s. The company started this tour to bring more tourists into the country. The tours were created to show the world how coffee is produced in Costa Rica, and they also help to generate extra money for the nation’s economy.

Café Britt continues to serve people all over the world with their outstanding coffee products and great service.