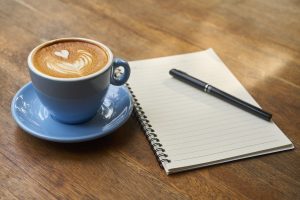 What if there was something you could do every day that helps boost your memory but is also fun and enjoyable? That could be precisely what you get from your daily dose of coffee! Coffee is a very popular drink and despite the fact that it has been given a bad name in the past, it’s actually not that bad for you. In fact, it could have some health benefits you don’t even know about.

Coffee is considered a main source of antioxidants in the Western diet, can help reduce chances of liver disease, and also lower risk of Type 2 diabetes. But it can also have some positive impacts on the brain, such as by improving your memory. In addition to short term or long term memory improvement, some people believe that coffee helps them focus better and that it can also be a mood-booster.

With all of these positive benefits to coffee, it’s easy to see why it is one of the most popular drinks in the world. But are you surprised to know that it could have some health benefits, too? Let’s look at how coffee can boost your memory and concentration.

First, let’s take a look at what’s actually in your coffee, and we’re not talking about your choice of creamer. Coffee by itself is a pretty healthy beverage. It’s really the additives like sugar and sugary creamers that can start to make it unhealthy.

Coffee has hundreds of bioactive compounds like antioxidants that can have positive health benefits to the person drinking it. Coffee may contain the following:

Of course, how much of each of these ingredients your coffee contains can vary based on type of beans, brand, how you prepare it and more.

How Caffeine in Coffee Works

Before you can understand how coffee might help boost memory, you need to understand how the caffeine in coffee works. Caffeine can cause short-term brain boosts when you consume it because it blocks adenosine from binding to its receptors.

Caffeine stimulates the central nervous system and promotes the release of dopamine, serotonin and noradrenaline, all of which are neurotransmitters. It is a stimulant and is considered a drug. Studies have long supported the idea that caffeine will increase alertness.

However, ideas around how caffeine in coffee impacts your cognitive thinking have previously been more mixed. Some people believe caffeine can help improve your mood, reaction time, attention span, vigilance, learning ability, and even your general mental function. Let’s take a look at what the medical studies say about coffee on memory.

A medical study by Johns Hopkins University in Baltimore has shown that the idea that coffee can be good for your brain has some scientific backing. This research indicates that caffeine may enhance long-term memory. Participants who were given 200-miligram caffeine tablets after studying a series of images were better at distinguishing these same images from similar ones when tested the next day.

“We’ve always known that caffeine has cognitive-enhancing effects, but its particular effects on strengthening memories and making them resistant to forgetting has never been examined in detail in humans,” said senior author Michael Yassa, an assistant professor of psychological and brain sciences at Johns Hopkins University.

The most important thing to know about these studies and their findings is that coffee’s effect on memory seems to be state-dependent. This means that in order for it to work, you need to be drinking or have recently had coffee at the time you take the new information in, and again at the time you are recalling the information.

The last piece of advice we can give you is not to overdo it. While studies do support the idea that coffee can help boost your memory, along with other health benefits, there is such a thing as too much of a good thing.

Also, you can build up a tolerance to coffee over time, the same as with any drug. And then you will need more and more of it to get the same benefits. It’s always best to use in moderation and to take breaks from time to time, if you’re able, so that you don’t develop a strong dependence.

Another issue with overdoing the coffee is that it can cause fatigue. Say what? Yes, most people drink coffee for that morning (or mid-afternoon) pick-me-up, but when you have too much of it, the opposite can happen. You can feel sluggish, tired or worse. This also happens when you have your coffee too late in the day and it impacts your sleep.

Keep in mind that to appreciate the health benefits of coffee, you also need to practice a healthy diet and exercise routine. Coffee alone is not a miracle drug, despite how delicious it may taste and feel. It should be used responsibly as part of an overall healthy routine and lifestyle.