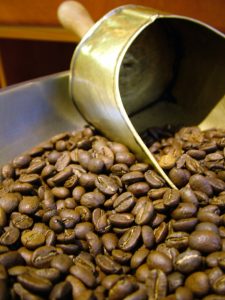 Many people are aware that ground, frozen coffee makes instant coffee, but not many know about coffee flour. As its name suggests, coffee flour is used to bake pastries, among other things. It also has other uses, including making teas.

What Is Coffee Flour?

A coffee plant grows a fruit called a coffee cherry. The coffee cherry is densely packed with nutrition. The seeds that are inside of this cherry are harvested and dried to produce the coffee bean that we all are very familiar with.

This means that the pulp of the cherry plays no role in the coffee making process. Instead,the coffee fruits are milled into one of the most flavor-rich and unique ingredients called coffee flour. However, this wasn’t always the case.

Brandeis flour is not used as a substitute for real flour, but as a healthy addition to be mixed into other flours. It has a lower caffeine content than coffee cherry flour.

How Did Coffee Flour Come To Be?

Dan Belliveau, a coffee engineer, is credited with the invention of coffee flour. In 2013, coffee pulp alone made 27.5 billion pounds of waste.

Many coffee farms tried different options of handling this, including fermentation and composting, but the effects were minimal.

The problem continued to occur. Not only did the decomposing pulp create air pollution, but it also contaminated water bodies.

After much thought and trials, Dan came up with the idea of turning the pulp into a useful product. He, therefore, made a design for how the coffee would be dried and ground.

The flour is not a permanent solution; neither has it gained vast reception. However, it does work effectively, as the amount of coffee cherry pulp waste has reduced since 2013.

The pulp is used as a fertilizer for coffee plants, so that also adds to the elimination of waste build up.

Coffee flour is used to make pastries, like bread, cookies, muffins, etc. Since the cherry does not contain the bitterness that the coffee bean holds, the flour is not bitter at all. Instead, the flour holds a sweet and floral flavor.

A chemical test also revealed that coffee flour contains a higher protein content than kale, more iron than spinach, and a higher level of potassium than bananas.

Looking for top Ethiopian coffee brands?  We’ve got the scoop on that as well.

Coffee flour is nutritious and contributes significantly to our health. It serves as a great source of fiber, and contains high amounts of antioxidants, which assist in fighting free radicals. It also possesses an adequate mineral content.

Coffee flour is an excellent addition to the baking world. Not only does it offer its own set of nutritional benefits, but it’s also lower in price, when compared to other standard products. It is also environmentally friendly, and gluten-free.