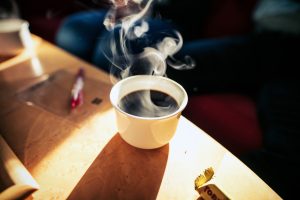 The preparation of coffee involves roasting the coffee beans; it is darkly colored, and slightly acidic. Its consumers love the drink, due to its stimulating effects.

According to research, coffee is mildly beneficial to healthy adults. It is among the world’s favorite drinks, and can be prepared in different ways, depending on the consumer’s location.

If you want your hands on the best BRAZILIAN coffee, explore our dedicated page here. Otherwise, enjoy our Ethiopian coffee article!

Ethiopian coffee beans have a robust, wine-like quality, with a discrete wildness in their acidity. The coffee beans are processed naturally, or washed.

However, the processing method impacts the final taste of the coffee. When the coffee beans are soaked or processed, the fruit is removed, and their flavor characterizes the beans. The different beans have different tastes, and some of the common Ethiopian coffee types are listed below.

Ethiopia grows different varieties of coffee beans, and the Sidamo green coffee beans are less expensive, but are of high quality. They offer a creamy mouthfeel, bright finish to the consumer, and are grown in the south.

The green, raw coffee beans are processed and dried, to be ready for roasting. They should be stored in proper conditions for the beans to last for years, but once roasted, they should not be stored for long.

Yirgacheffe Ethiopian coffee beans are grown in the southern Gedeo of Ethiopia. They have a sweet flavor and aroma, with a suggestion of toasted coconut.

They are also spicy, fragrant, and are considered the best high grown coffee beans in the south. These coffee beans are available as regular or Fair Trade Organic Certified.

The Ethiopian Harrar coffee beans are full-bodied, and produce fragrant, spicy coffee. It is also bright and fruity, with a floral-toned acidity.

Limu Ethiopian coffee beans undergo wet processing, they are soft, and the taste is almost flowery, with suggestions of citrus. However, it is less fragrant than other beans from other regions. 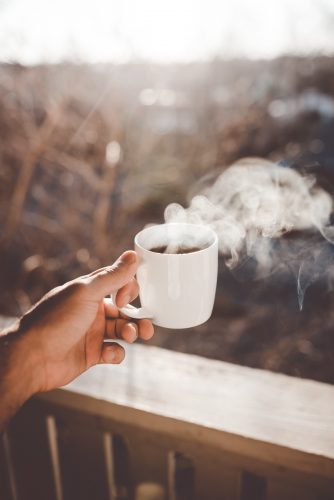 Coffee is the world’s second most traded commodity, keeping in mind that half a trillion hot cups are consumed per year. The most consumed beverages include water, tea, and coffee; due to its popularity, coffee beans are in demand worldwide.

Skilled farmers brew and sell these coffee beans. The following types are the best Ethiopian coffee, and are making profits by selling the best flavor and taste to people all over the world. Keep in mind these major types are sold by various Ethiopian coffee brands and retailers:

Notably, this Ethiopian coffee brand is full of spice and is full-bodied, exotic, and wild, making it the most popular type in Africa, and the seventh best type globally.

It grows up to 6,300 feet above sea level, and brings out a blend of bold fruitiness. The wine-like tone of this coffee, and its fruitiness makes it unique from its competitors.

Yirgacheffe is considered one of the best types of coffee in Africa, but is the eighth best coffee worldwide. Ethiopian Yirgacheffee coffee is fragrant and spicy nature makes it the most popular selection for coffee lovers, hence making it the best Ethiopian coffee!

Considered the best Ethiopian coffees… Sidamo coffee has a unique flavor, and is seen as the source of all coffees. Sidamo coffee beans are arabica, and they provide a deep, rich flavor, with tastes of wine and spice. The aroma is very flowery, and its consumers love it for those reasons. 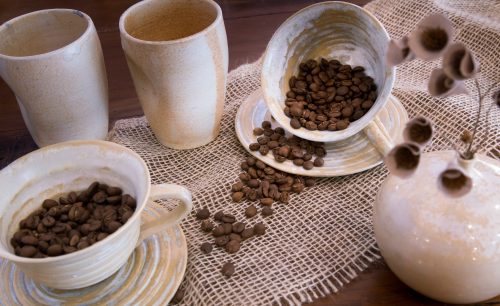 The coffee plant originated in Abyssinia, currently known as Ethiopia. The name “coffee” originated from Kaffa, a region in the South-Western highlands where coffee first bloomed.

Coffee was formally used as a beverage in the 9th century; however, before its use as a drink, it used to grow on trees in the Kaffa forested regions.

Ethiopian history reveals that an Ethiopian goat herder named Kaldi, who was alive around AD 850, was the first to learn about coffee.

He witnessed the magical benefits of coffee, as his goats were dancing around happily after consuming the red berries. His curiosity made him eat a few berries, and he was soon filled with a feeling of excitement.

He carried a few berries home, and his wife suggested that he present them to the Chief monk near Lake Tana. The monk, after hearing of the miraculous effects of the berries, threw them at the fire, claiming that they were from the devil.

The beans started to roast, and the room was occupied with a beautiful, intoxicating scent. Immediately, the other monks came around to inspect the magical beans.

One of the monks removed the beans from the fire and crushed them. The Chief monk later authorized for the placement of the remaining beans in a container with hot water, to get rid of the evil.

Surprisingly, after the monks drank the rich, fragrant brew that night, they all stayed awake. They vowed to drink the energizing brew daily, so they could stay alert throughout their long night devotions.

According to history, the Ethiopian monks chewed the coffee berries for an extended period before they were brewed.

Also, the Ethiopian traders who traveled to Yemen began to eat the coffee berries during their travel, to survive the harsh challenges that they faced during their journey.

However, the first signs of brewing coffee as a beverage are not until another 50 years later. In a province in the Southwestern highlands, known as Kaffa, is where coffee first blossomed and got its name.

The people of Kaffa and Oromo used coffee beans for other purposes, but not as a beverage. They mixed butter with coffee, and drank the mixture for nourishment.

Even today, the people of Kaffa and Sidamo (the two significant areas that produce coffee) still mix ground coffee with butter, to give it a unique buttery taste.

In Kaffa, the coffee trees grow naturally, unlike the ones in other areas. Coffee, in its brewed form in Ethiopia, was known as buna.

The Amharic described coffee as bunna, while in Tigrigna it was called bun, Oromiya called it buna, and in Guragigna, it was kaffa.

Around 1454, the Mufti of Aden, Sheik Gemaleddin, went to Ethiopia and found that even people who shared the same religion as him were drinking coffee. He became mesmerized with the beverage, and his approval made coffee popular in Yemen.

They consumed coffee on religious occasions, and they eventually made coffee known in Mecca. In Mecca, coffee became the trending communal drink, and the first coffee houses were presented in the region. 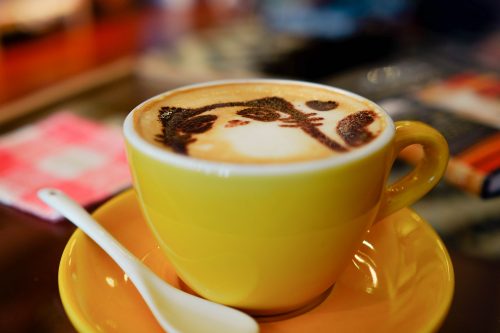 Some of the Muslims saw coffee benefits as an added advantage, while others saw it as wine and hence, forbade it. It went to an extent where the governor of Mecca drove out Muslims from a mosque who were drinking coffee as part of the preparation for night prayer.

He went ahead and ordered for the closure of all coffee houses. Coffee only survived in Mecca when the governor was put to death, due to embezzlement by the Sultan, who happened to enjoy coffee. Muslims were the forerunners of the coffee houses of London, and the European Café society.

Later, coffee was introduced to the East, by Muslim traders, in 1505. In the 17th century, Baba Budan took coffee beans to Southwest India. Gradually, coffee spread to Constantinople, and in Damascus by 1530.

After that, Venetian traders introduced coffee to Europe and Italy. In 1650, in England, the first coffee house was opened. A few years later, it spread globally.

Today, Ethiopian coffee is a significant export of Sidamo and Kaffa, and is known as arabica coffee. It is the most popular coffee worldwide, and accounts for almost 70% of the world’s coffee.

However, there are other species from Ethiopia, like the robusta, which is mostly used in blends. The two species of coffee take almost four years to produce crops after planting.

However, the trees are productive for nearly 30 years. Notably, Ethiopian coffee tastes slightly different, depending on the region where it’s grown, and the growing conditions.

One of the greatest places to find coffee is in the Ethiopian region. Coffee actually originated in this region many centuries ago. The country is still known around the world for their exotic coffee beans.

It does not matter what type of coffee or region where it’s grown in Ethiopia, the coffee is always at its peak of greatness. For the coffee drinker who wants to try something new, one of the greatest coffees in the world is Harrar coffee.

What makes this coffee so great? Keep reading to learn more about the Ethiopian Harrar coffee and its wonderful history.

What Makes Harrar Coffee So Great?

Harrar coffee is full-bodied, spicy, and fragrant. It is grown at an elevation between fourteen hundred and two thousand meters.

It is a dry processed coffee bean that is grown on farms in the Oromia region, which was formerly Harrar. The region of Harrar is in the southern part of Ethiopia. Harrar coffee is considered to be an arabica coffee.

What Region Does Ethipian Harrar Coffee Come From?

The Harrar coffee bean is grown on farms in the Oromia region, which was formerly known as Harrar. This is in the southern most part of Ethiopia, where many of the great coffee beans are grown.

What Is The Cost Of Ethipian Harrar Coffee?

Where Can You Purchase Harrar Coffee Beans?

There are a few places where you can purchase your Harrar coffee beans. These include: Ethiopian shops, international food markets, and online purchases from specialty shops.

Keep in mind to always make sure that the Harrar coffee beans are one hundred percent pure. This should be stated on the bag when you purchase it.

Ethiopian coffee beans make one of the best tasting coffees on the planet so it’s not a surprise that you’re looking for the best ethiopian coffee brands around! It’s the birthplace of coffee beans and the country has a rich, fascinating history to learn about. The next time you see some of their coffee at your local grocery store or specialty coffee shop, give it a try!