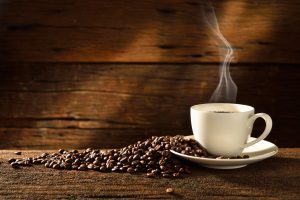 Their origin of their coffee brews come directly from farmers which is why and how their brand focuses on the organic side of coffee.

You can also check out some fun coffee games!

Corvus Coffee Roasters was founded back in 2010 by Phil Goodlaxson. Back in 2008, when Phil was still managing Starbucks, he claimed that he always had a desire to be in food and beverage, but that he was searching for a business to be found. Two years later after gaining the knowledge and training that he needed on management, roasting and production, that’s when he decided to start Corvus Coffee Roasters.

He wanted the brand to represent a roasting company that focuses on craft rather than consumption. Phil Goodlaxson wants the brand to focus on organic and raw coffee bean concentration rather than fair trade. He also believes that the very essence of quality is based on the farmers’ observation to intricate details. He believes that the standard of living of farmers could be improved with better coffee.

Roasting Their Beans Is Not A Simple Process

The roasting process actually begins in Denver and finding the right kind of beans makes up of 90% of the actual process, which is why it’s essential to find the right kind of beans.  The process in how they roast their beans also isn’t as simple as it looks. It isn’t just an endpoint as to whether it’s dark, medium or light. But their roasting process includes so much more such as the amount of air and heat being applied at significant times during the overall process.

They Use a Cast-Iron Giesen Roaster

As a brand that supplies in small batches, their roasting happens between two to three times a week using a cast-iron Giesen roaster from Neverlands. Recently, they went on a trip to Columbia to one of the farmers for their coffee beans. They visited Christian Osorio and his family during this harvest season. During the previous season of harvest, they were astounded that they were able to produce six bags of coffee despite having no processing capacity.

This year, when they came back, they found the farm transformed with additional features. This year, Corvus decided to increase what they paid the farmers for all the hard work the farmers have being doing.

When it comes to their feedback from past customers, it’s been really positive. Since their beans are organic and raw, their coffee has that distinct taste you can’t just find anywhere.

Try a Traditional Coffee Or One Of Their Specialty Drinks

An example of their beverage that has a distinct flavor is their Madagascar Vanilla Late or their Autumn Latte. You can tell from the name itself that they really put the craft and passion in their beverages. In addition, the ambiance of their establishment is also very refreshed and organized, themed on brown as the color of the establishment to give a comfortable feeling to the customers.