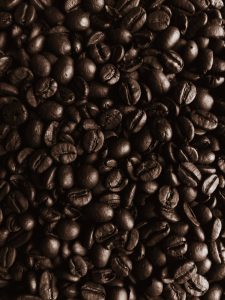 Do you love that smell of freshly brewed coffee with some savory Brazilian coffee candy?! Well, your morning cup of Joe might be in danger. Constant global climate change has threatened the future of coffee farming, including the Colombian highlands, the Jamaican Blue Mountains, and even the Ethiopian highlands (coffee’s birthplace).

Essentially, about 25 million individuals in the world depend solely on coffee production. Farmers have gained coffee production knowledge over generations, which have made them resilient and adaptable to the agriculture uncertainties that are attributed to climate change.

Nevertheless, climate change is occurring at an escalating rate, posing a big threat to the future of coffee production. Here, we will discuss the ways in which climate change is affecting coffee plants, from the degradation of quality to drought conditions.

The Quality Of Coffee Beans Is Dwindling

Coffee is highly sensitive to the increasing temperatures caused by global warming. Fundamentally, increasing nighttime temperatures is the key variable responsible for the diminishing quality of arabica beans.

Cool temperatures cause the coffee cherry to ripen more slowly, which gives it ample time to develop more intricate flavor elements, like sweetness and acidity.

However, with increasing temperatures, the cherry ripens too fast and the beans inside become less flavorful.

Climate change, occurring in the form of global warming, destructive storms, and blistering heat affects the growth of coffee adversely. Rising temperatures will lead to drought.

The favorable conditions for growing coffee are in regions with high altitudes. However, due to the threatening drought levels, it becomes difficult for the adequate growth of coffee, due to the hot, dry conditions.

Major Regions Are In Danger

In Africa, the long drought spells and high temperatures, followed by heavy rainfall are affecting coffee production. Coffee production in Africa is projected to plummet by a million bags, a trend mainly attributed to climate change.

In the near future, coffee production in Tanzania, Kenya, and Ethiopia will immensely reduce, since these regions have been showing strikingly similar temperature patterns.

Even the leading coffee producing regions like Brazil, Columbia, Indonesia, and Vietnam have not been spared. Precipitation changes and increased temperatures have exposed coffee plants to pests and diseases.

In Brazil, the climate has undergone several changes in recent years. The 2005 mega-drought caused huge damage to the Amazon rainforest, Brazil’s water catchment area, to the extent that it has not fully recovered yet.

The fear of drought, and the intensely volatile weather patterns have hit Brazil coffee farmers, hence affecting coffee production in Brazil. By 2030, Brazil could possibly lose 11,000,000 hectares of land, due to climate change alone.

Coffee producers across the world should collaborate to establish efficient, innovative ways to combat the effects of climate change. For instance, they can begin cultivating resistant coffee varieties

This resistant variety of coffee may eradicate the decreased coffee production levels, since they can survive the detrimental effects of global warming.